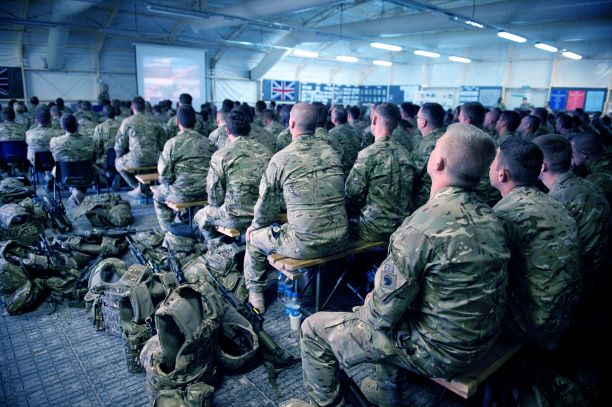 Over the period 30 September – 10 October 2019, the JFAQ HQ conducted Ex TF19 at RAF High Wycombe. The exercise aimed to train the standing UK JFAC HQ core and augmented staff in Air Command and Control (C2) to help meet the full spectrum of tasks as a result of the changing defence landscape.

The MASS-developed exercise, based on a fictious scenario and countries, was tailored to the client’s objectives to help prepare the JFAC HQ for potential missions in support of an integrated multinational joint task force. While primarily focusing on the operational level of Air C2, the exercise was supported by both land and maritime staffs who provided the vital cross-component interfaces.

MASS also supplied and installed a comprehensive simulation system, Marine Tactical Warfare Simulation (MTWS), which incorporated full details of the joint force and also the opposition elements participating in the exercise. MTWS is a US Marine Corps-developed system which offers a realistic and scalable representation of joint operations and provides exercise control (EXCON) with a 360-degree view as the exercise unfolds through an accurate representation across all environments.

MASS further provided a range of services to help achieve the required level of realism including delivery of supporting products such as target development, to inform both the training audience (TA) and EXCON.

The simulation was carefully controlled by MASS-supplied simulation operators and an exercise director who coordinated the movement, and effective employment, of all simulated forces as well as overseeing the interaction of EXCON with the TA.

“I’m very proud that our experienced Training Support team has delivered another successful military training exercise which has provided an optimum support solution for the UK’s military. Initial feedback from the client has been extremely positive, with Ex TF19 helping to develop and maintain the operational effectiveness of the JFAC HQ.”