Portuguese military communications company EID has launched the TWH-110 series soldier radio, the latest and upgraded version of its widely adopted TWH-100 series which provides secure and reliable communications to all front-line soldiers across a range of tactical scenarios.

This latest version, introduced at DSEI 2019, features a 400MHz frequency band and higher radio frequency (RF) power, which combine to provide an extended range of up to 4 kilometres in open field.

The TWH radios are designed to provide secure and reliable voice and data communications for squad teams and commanders and deliver high performance, even in harsh conditions for dismounted, vehicular, naval and amphibious operations.

“The upgraded TWH-110 radios builds on our customer’s extensive experience with TWH-100 radio series. The new radio series has been designed to give users enhanced performance with a range of up to 4 kilometres, providing even greater performance in demanding land and naval operations.”
“This radio can be easily integrated with a wide range of tactical network based equipment and systems.” 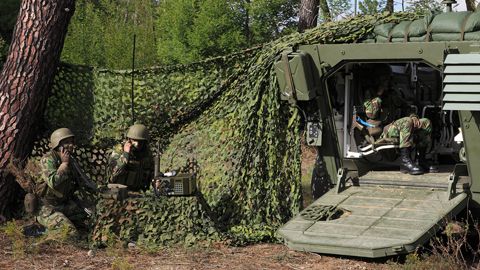