Cohort, the independent technology group, is pleased to announce that its subsidiary Marlborough Communications Ltd. (MCL) has been awarded a contract by the UK Ministry of Defence to provide the armed forces with tactical hearing protection systems for the dismounted close combat user (“THPS DCCU”). The award follows a competitive tender process.

The initial order value is £11.2m. Further orders are expected over the duration of the contract and the delivery schedule and total contract value are still the subject of discussion with the customer. The contract has been awarded for four years, with an option to extend it for a further three years.
The solution being supplied by MCL was developed in partnership with INVISIO Communications, a leading Danish audio technology company.

This contract win follows on from MCL’s previous UK MOD win earlier in the year, supplying its Tactical In-Ear Protection Plugs as part of the tactical hearing protection system for the basic user soldier.

“We are delighted that MCL has been awarded the THPS DCCU contract. We look forward to working with the UK MOD to deliver this important equipment to soldiers.

“The contract will add significantly to our already strong order book, which substantially underpins our revenues for Cohort’s current financial year.” 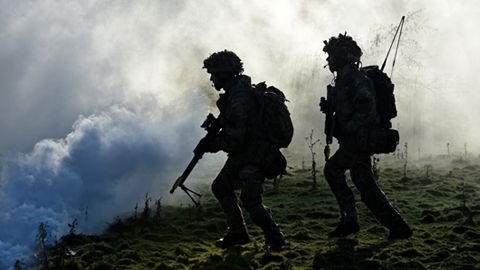 READ MORE
MCL designs, sources and supports advanced electronic and surveillance technology for UK end users including the MOD and other government agencies.