Immersive training in the combat environment: a role for Virtual Reality?

A few years ago, the Cohort HQ team had a memorable day learning to fight fires onboard ship at a superb facility run by Babcock on Whale Island.

In the midst of a vast inferno, weighed down by heavy breathing apparatus, and tightly clutching the powerful hose that was threatening to escape with the strength of an enraged anaconda, I reflected that office life was not after all so bad. The mental scars have since healed, and I have a heartening level of confidence in our abilities to tackle an unexpected conflagration of the photocopier. But could the same training effect have been achieved standing in a sauna wearing a set of VR goggles? 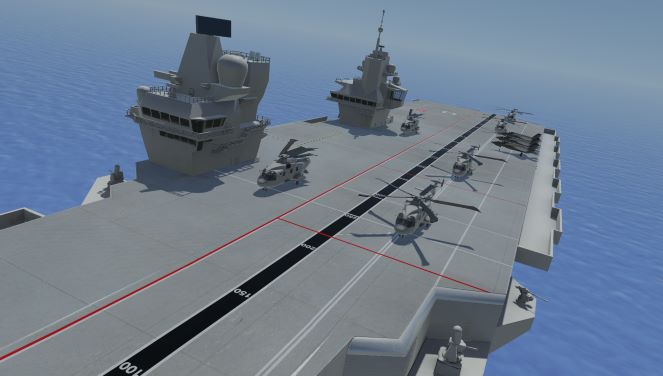 Over the years, simulation has revolutionised many aspects of individual and collective military training. Synthetic environments like aircraft flight simulators have reduced the need for complex, costly and risky live exercises, and delivered high quality training with ever-increasing definition and realism. The emergence of commercial Virtual Reality (VR) and, more recently, Augmented Reality (AR) into the military world takes the replication of environments and scenarios to a new level.

But this particular revolution has thus far been more February than October. Intriguing concepts have foundered as the transition to (virtual) reality has proved more challenging than expected, especially in the land and naval environments. Experiments and demonstrations have proliferated – for instance the UK’s Virtual Reality in Land Training (VRLT) pilot last year – but solid examples of useful technology being adopted are few and far between.

In the wake of VRLT, Gavin Williamson, the Defence Secretary commented that the armed forces “are committed to harnessing new and emerging capabilities like virtual reality”. But virtual reality was a new and emerging capability in the mid-1990s, as I remember well from my own experience working at the MOD at that time. Is it destined always to be tomorrow’s great hope? Why can’t we, for instance, provide synthetic training to infantry that really feels live? Or teach sailors how to manage complex weapons and sensors in combat without having to tie up a billion-pound asset? Surely such things must be possible in the age of Call of Duty.

VR is a product of the gaming and entertainment industry, and its emergence into the military is another example of the role commercial technology plays in driving capability. At its best it is spectacularly immersive.

But adding VR to an existing training system is not just as simple as plugging in a headset. The current level of technology, remarkable though it is in many ways, has real limitations. Motion sickness is one of the most common. Image rendering speeds that operate slightly slower than the brain’s response cause a dislocation between movement and vision, resulting in a feeling of nausea. The problem is increasingly well-understood, and solutions are certainly possible, but they will take time and money.

It is not just the individual’s experience of technology that is holding virtual training back. There is a general caution in the military world to introduce consumer technology that might be considered by some as rather lightweight in comparison to the situation soldiers have to face in reality. Is it really possible to replicate the stress, fear and complexity of the battlefield with a computer and a headset? And what about non-combat training? While VR provides an excellent opportunity for advanced remote maintenance of combat equipment, does this enhance the training benefit or is it the use of technology for the sake of it? And is it more cost effective than a book or manual? These objections will have to be overcome decisively if VR and AR are to deliver on their potential.

As VR development moves forward and the technical barriers are reduced, the prospects for realistic simulated training that can be incorporated into routine operational life and deployments are starting to look better. So where can this technology play a role?
The UK MOD recently announced it is moving to the next stage of developing a VR platform for training soldiers and marines using an adaptation of the popular Fortnite gaming technology. Its programme would allow platoon and troop sized combat elements to experience realistic, immersive and intuitive combat environments.

Within Cohort we have been working with VR technology for some time. SEA’s portable DECKsim platform provides an immersive, high-fidelity, 3D virtual environment for students of flight deck and land-based airfield operations, that is small enough to fit in commercial flight hand luggage. This is an example of where the cost-benefit analysis swings in favour of virtual training. The cost of using real helicopters and assembling the relevant personnel to simulate an operational scenario far outweighs any investment in training technology. It can be used onboard a vessel when no active flying is occurring and is easy to stow away when not needed.

Another relevant area is anti-submarine warfare (ASW) training. Developing and maintaining the skills of a frigate’s sonar operators generally requires the involvement of an actual submarine – an asset of even greater value and scarcity than the frigate itself. Consequently, the opportunity for genuinely realistic training is limited, even for ships with a specialist ASW role. But what if an AR system integrated into the ship’s systems could create a synthetic submarine opponent within the warship’s sensor suite? The sonar operator is given a real operational environment which is now augmented by a live and credible threat to which they must respond. On an ocean-going mission, the operators might never be certain whether a threat is real or virtual, introducing an element of genuine stress into their decision-making processes.

VR and AR clearly have promise for these and other applications. But, while reliance on virtual systems within training and simulation strategies seems likely to increase, there is still a judgement to be made on the extent to which the potential benefits are really achievable. Our industry will observe the MOD’s upcoming VR trial and other projects with great interest. Their success or otherwise could have an impact on the future development of virtual training far more widely. And, in the meantime, trainees at Whale Island will continue to develop their firefighting skills with real, heavy equipment and a very large barbecue.

To speak to us about this blog or give us feedback, please contact us.

READ MORE
SEA delivers and supports technology-based products for the defence and transport markets alongside specialist research and training services.